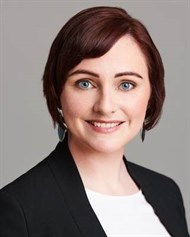 I am delighted to introduce the Institute of Export’s Doing Business Guide for India, which aims to help UK businesses get the information they need to access this vast and exciting market.

India is already firmly established as one of the largest economies in the world. In 2019, it overtook the UK and France to become the world’s 5th largest economy with a GDP of £2.17 trillion. The strength of the UK-India strategic economic partnership is already considerable, with overall trade increasing by over 11% to nearly £24 billion in FY 2019-20. Over the same 12 months, the UK was the largest European market for India’s goods exports and, in the other direction, the UK’s goods exports to India have shown a marked growth in certain sectors. This includes inorganic chemicals exports growing 250% to £181.43 million and pharmaceuticals products growing by 33% to £118.39 million.

The UK and India benefit from a unique living bridge of people, ideas and institutions that sits separate to the government-to-government relationship. The UK has an Indian diaspora base of over 1.5 million people contributing significantly to prosperity on both sides. This is evidence in part by the fact that the UK is the largest European source of remittances to India: £2.97 billion in 2018.

In November, the UK’s Secretary of State for International Trade and India’s Minister of Commerce and Industry met for the second time this year, further to the UK-India Joint Economic and Trade Committee meeting in July. Ministers have agreed to deliver an Enhanced Trade Partnership to deepen our trade relationship, remove barriers to trade and investment, and to progress along a roadmap which could lead to a potential future Free Trade Agreement.

Meanwhile, ease of doing business continues to be a priority for the Indian Government. The government has prioritised the reduction of compliance burden across all key parameters of the business environment in the country. This involves identification of key regulatory barriers across areas of labour, land, dispute resolution, trading across borders, tax administration and harmonisation of standards. The UK is playing a critical role in this effort as the only international partner for India to contribute to these efforts.

As is felt the world over, the COVID-19 pandemic will inevitably impact India’s growth in 2020. Nonetheless, IMF projections show it will continue to be a significant contributor to global growth over the next five years. The IMF in its October (2020) WEO, has projected the Indian economy to contract by 10.3% in FY 2020-21, but then to bounce back and grow at 8.8% in FY 2021-22. With strong macro-indicators and one of the youngest workforces in the world, the recovery should be a matter of time. This is further enhanced by relative political stability expected at least until the next General Elections in 2024, as the current government was only sworn into power in 2019 with a massive and absolute majority.

We are keen to see more British businesses leverage the opportunities present in India and look forward to working with them.